Test Numbers: 10 Pieces each for iPhone 7/7 Plus

After all the test procedures were done, here are the results we’ve got.

After installing all the sample screens to the iPhone 7/7 Plus rear housing assembly, we found that all the China made iPhone 7 series screen replacements are fitting well just like the original ones - the home button fits well, the screen assembly and the rear housing also fits well. 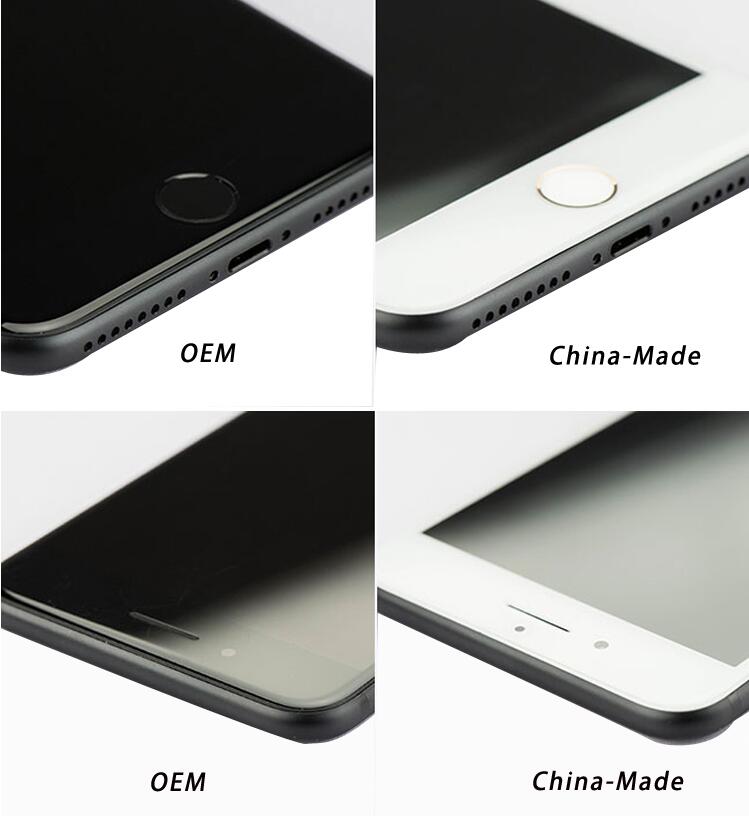 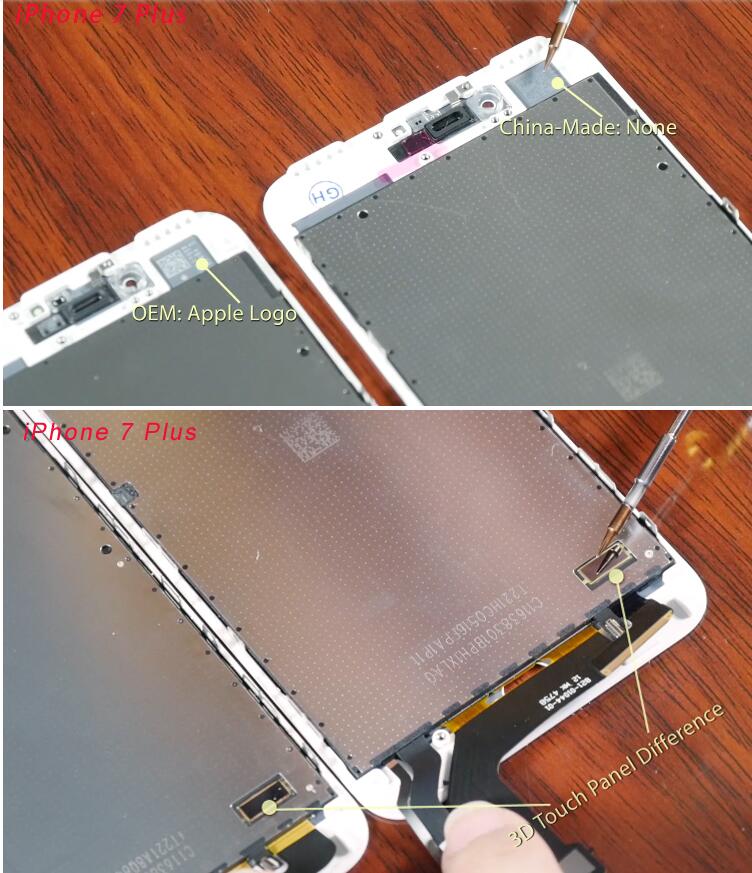 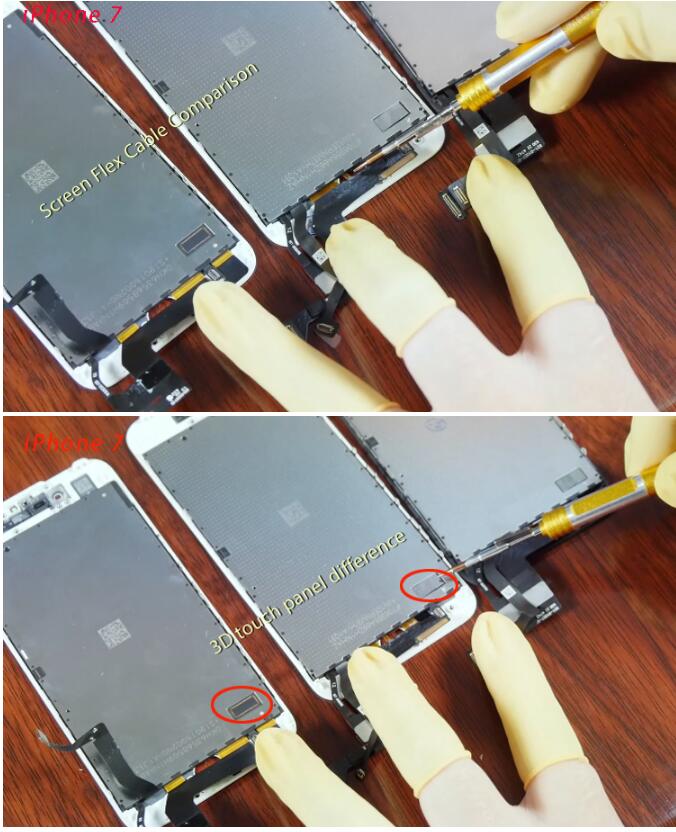 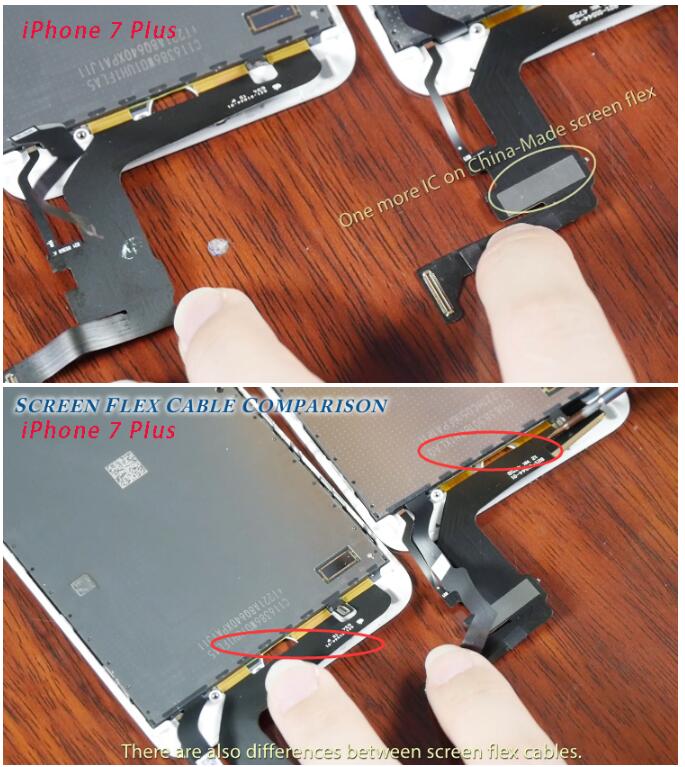 Another difference between the original and China made iPhone 7 screen replacements is the exposed IC on the after-market iPhone screen, just like other China-Made iPhone 5 or 6 series screen replacement, which has more potential risk of electrostatic damage and more likely to get damaged and this problem needs to be improved. 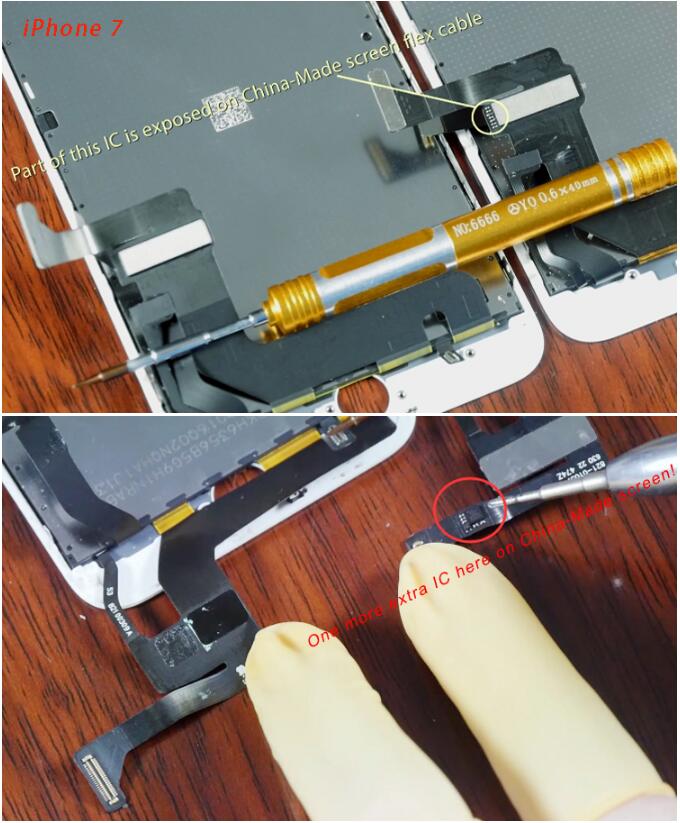 During our test, we found that the display color between our after-market iPhone 7 screen and original screen seems a little different although they are not effecting the touch function. And to be honest, there may have some black dots on the screen because of impurities within the screen module when laminating the LCD and backlight together, without any doubt, this can be solved with technical improvement. 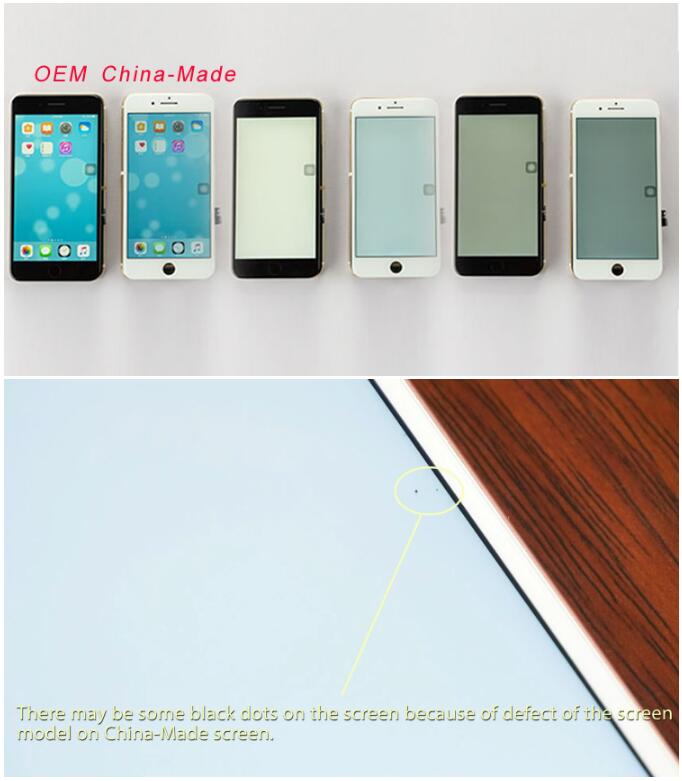 The screen touch sensitivity is another big concern for all of us, luckily, during our test, almost all home button and touch functionality on both iPhone 7 and 7 Plus works well, except one piece of iPhone 7, the 3D touch function is not acting so well on the central part of the screen. 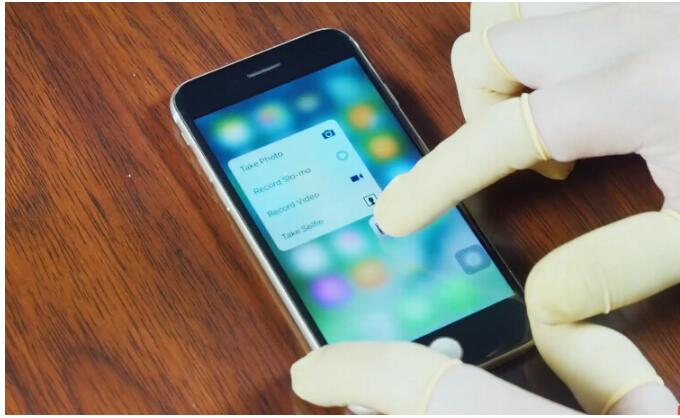